How To Stop Your Parrot From Biting

"Why is my parrot biting me?"

This is a question asked every day by parrot owners who thought they would never own a bird that bites.

Once you have been bit, it is hard to return comfortably to the biter. At least that's what most people say. It does take a positive mind set and it is best to return with some understanding of the parrot's needs.

Consider what may be happening from the bird's point of view. Has there been a change in their environment? Is there something in the parrot's recent or distant past that scared him or caused him not to trust you or other humans? Are there unexpected noises or sudden movements when the biting occurs? Could the parrot be jealous of someone or something at the time? Could the bird be angry at you, someone else in the room or even a situation?

Most of the time, the bird will warn you by giving you clues with their body language. The problem is, we don't always speak parrot so we don't recognize the clue they are trying to send to warn us.

Depending on the parrot, they may fluff up their feathers and slightly raise their wings while pining their eyes, they may make a particular noise that sounds like growling or hissing, they may scream, they may open their beak and lunge a warning, and some will just run away.

Besides considering the above, you have to consider the possibility that when one of the things above has happened that the biting behavior has been reinforced by improper responses. The biting may have become a habit that you have to break.

Fear is the most common reason a bird will attack. You must consider the environment from the parrot's perspective. They don't think like humans and they don't understand our language for us to explain to them why things are the way they are. They didn't ask to come live with us, so the burden is on us to accommodate them.

There are many obvious reasons your parrot could be afraid. A common reason would be if you just brought the bird home and it doesn't know you or where it is. It could be afraid because it was abused or ignored in its previous home or worse, homes.

Imagine someone coming and taking you to their giant home and a bunch of big and little giants moving about your cage, making noises in all kinds of decibels and pitches. They even stare at you and try to put their giant claws on you! Nothing in your cage is the same. The look and smell of this home is even different. And maybe you were hurt by one or more of these giant looking creatures in the past. Are you going to be comfortable? Might you be scared??

Now there is a similarity in humans and parrots in that there are no two alike. Just as some people are outgoing and some are shy. Some people are nervous and scared of everything, and some seem to be brave from birth.

You can help the brave child learn to make wise decisions and respect others, and you can help the nervous child to come outside of themselves and enjoy life, but the core personality will always be there.

We have to do the same with our parrots. We have to help them see the world differently, but we can't make them change their core being. We can train them and encourage proper responses to their environment, but we have to respect them in the process.

Many parrots bite because they are frustrated. They want attention and you aren't giving it to them. Maybe they want to play or eat and you won't leave them alone. You may have trained them to be in a particular routine and now you have changed it.
They may be bored in their cage and would like out to play or be with you. Make sure you allow your parrot time out of its cage and give the bird quality attention daily, just like you would want if you were the one locked up in a cage all day. This is even more important if your parrot only has human friends.

There are more possibilities than I will mention. You need to spend the time to figure it out. You owe it to the parrot that you forced into your home. Always keep that in mind.

You can sit and think about this one. Both humans and animals have hormonal times, and they all have them at different ages. Some people have more personality difficulties during those times than others. I won't get personal here; just ponder it if you will. Will you accept that your parrot has to go through this too? How did or do you like to be treated when you are going through an emotional time? Enough said??? OK

If your parrot screams because he wants you and then lunges because he's whacked out, then be sweet and talk nicely or give him his favorite treat when he has calmed down. Don't reward the bad behavior, but don't punish the bird for being hormonal. Keep up the relationship as best you can. It won't last forever.

In order to get you to put yourself in this one, let's pretend that you have to get new teeth every few months. You may not remember how uncomfortable it is for teeth to come in, but you probably have been around a baby that was teething. Again, some take it better than others. Some like their gums rubbed and some don't want you within ten feet of them. Actually they cry because they want you and then they cry because you come. I have never molted, but it does NOT look comfortable. Let's give these guys a little break if they are grumpy.

"Teething" or rather Beaking

Young parrots will often go through a stage where they beak everything. They don't know what we feel when they beak us. We have to communicate to them that it hurts and encourage them not to bite or beak us.

Don't allow your parrot to nibble when it is young and you will deter biting when they are old. There are many ways to deter this behavior.

When my Green Cheeked Conure nibbles me, I squeak like he does when I touch one of his pin feathers coming in that is sensitive. This doesn't work for my husband, because he can't squeak, his voice isn't high enough. He gives the little guy the "earthquake" instead. (The "earthquake" is a very gentle movement of the finger or arm that distracts the bird.)

Now if your little buddy likes the "earthquake" routine, he will bite just to get the ride. You will have to try one of the many other methods.

Some people blow in their faces, I personally don't like that one, but some say it works for them. If you keep a chew toy with you, you can tell them "no" and encourage them to bite the toy. Mine doesn't usually want the toy, he likes the way my finger or neck feels, so this doesn't work for me. He can be distracted by food however.

Make sure you aren't teaching the bird that if he bites you he gets a toy or food! We are talking about a bird that is exploring their environment, not biting you for attention.

Don't give up too fast on any method you choose. Some parrots take a long time to change, again just like kids and adults. Some parrots are more stubborn than others. Patience, love and understanding is the key here.

In humans, selfishness is a character flaw. In parrots however, it is just what they are. We can not expect them to act or respond like humans, even though they do sometimes.

If your parrot is trying to communicate to you "I don't want to come to you, I'm busy right now" then leave him alone unless you have to interact with him. Watch his body language and respect his wishes.

If you miss the signal and he bites you, then try not to react in an excited way. Stay calm and speak sternly. If you entertain the bird with your response, he might selfishly choose this entertainment more often. Think about it.

We put our parrots back in their cage, shut the door and walk out of the room. Some people cover the cage too. My cage takes so long to cover that he would probably forget why he's in there by the time I could get it covered.

If they aren't screaming for our return, we come back in a few minutes and give them another chance...if they want one. We don't force them to come back out.

It is very important that you don't give the bird any attention at all during the "time out" period. Don't talk to the bird, don't look at the bird, act as if the bird doesn't exist. When the time out period is over, give your bird a chance to do something right and reward him. Even if it is that he quit screaming or that he came to the side of the cage when you talked to him.

NEVER EVER hit your parrot or sling your parrot when it bites! It can harm your parrot both physically and emotionally. The bird may never trust you or like you again. He may have a hard time trusting any human again.

Take the time to study your parrot and learn the nature of its personality. Study its body language and learn its moods. Be sensitive to when they need attention and when they need time alone. Give them the opportunity to just be with you and not have to interact with you if that is what they want.

Take the time to expose your parrot, slowly, to new people, places, objects, sounds and environments. It is unlikely that a parrot that will live 20 to 80 years will never have to leave home or have a different routine. Help your beloved parrot now to prepare for the unexpected changes later. 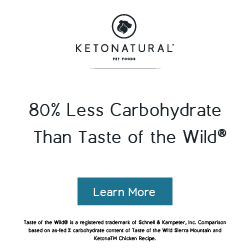 KetoNatural is committed to delivering the best quality products at the best value possible. Our passion is to help strengthen the bonds between pets and their owners. Whether it be going on adventures using our line of harnesses, dog backpacks and camping gear, taking trips with our airline approved line of pet carriers or just playing in your backyard with our outdoor summer products, KetoNatural has you covered! 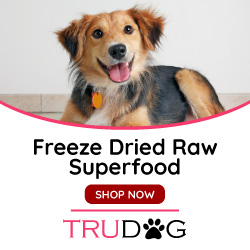 Organic Energy is a breakthrough technology that replicates the energetic environmental restoration process happening outdoors. Organic Energy is essential for healthy minds, bodies, and living environments. This is especially true for our indoor pets.

Total Pet Supply is a trusted online pet store. We dispense the best quality prescription and over-the-counter products, at the most affordable prices. We have an excellent team that works hard at developing lasting relationships. PetCareChoice.com is a leading online pet pharmacy that strives to achieve quality service by dispensing superior products at affordable prices. EntirelyPets.com is the leader in online pet supplies and non-prescription pet medications. Our vet operated site provides you with a wide selection of pet products at unbeatable prices, with excellent customer service. 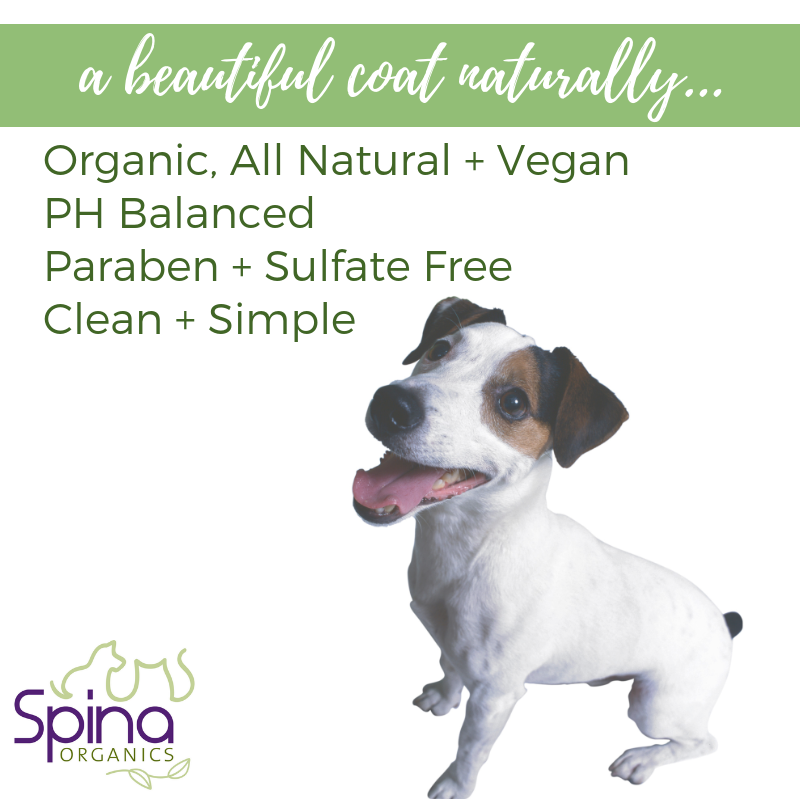 As one of Beverly Hills top hairstylists, Mauro Spina knows a thing or two about hair care. When his dog Tina suffered from alopecia and pimples, Mauro's goal was simple-- create a line of healthy, organic, and natural pet grooming products as an alternative to the chemical treatments and injections that vets proposed. Using the finest botanicals and essential oils to cleanse, soothe, and heal, Mauro began to expertly blend the best organic dog body washes, conditioner, and treatments your fur family has ever felt!